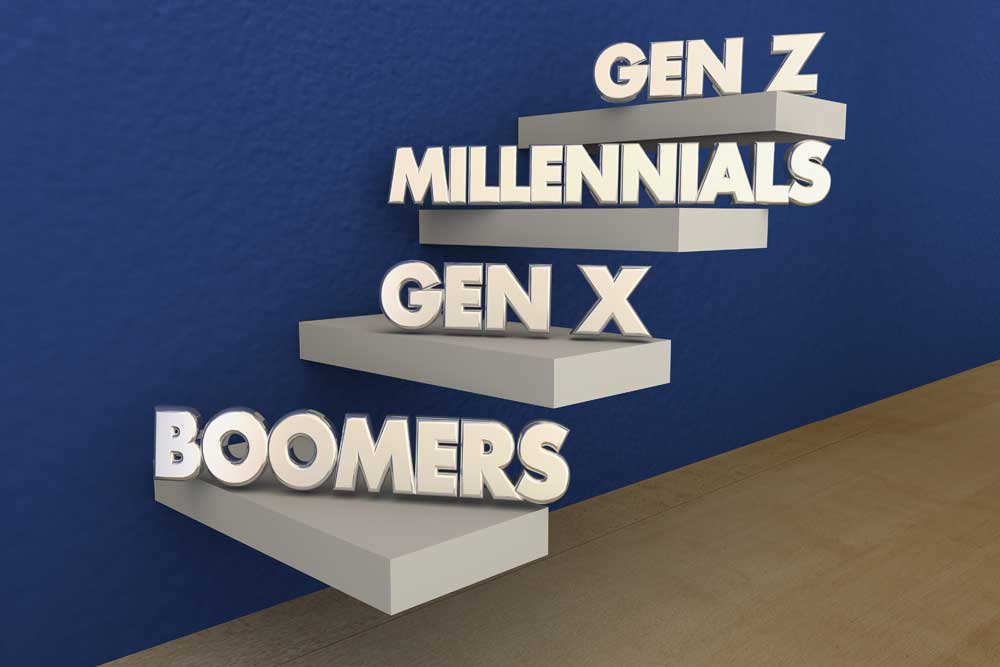 BY 2024, MORE people over 65 will be working or looking for work than any other demographic group, forecasts The U.S. Bureau of Labor Statistics.  Although the oldest segments make up a smaller number of workers overall, the group is projected to grow faster than any other. Between 55 and 85 percent, compared to 5 percent for the total labor force.

"The pace of population aging is much faster than in the past," according to the World Health Organization, even as the global fertility rate "has halved" in the last 50 years, Max Roser, 2018 Fertility Rate, Ourworldindata.org.

Notably, the U.S.  birth rate is the "lowest number in 30 years," according to the Centers for Disease Control and Prevention. Putting the U.S. "further away from a viable replacement rate - the standard for a generation being able to replicate its numbers."  This affirms Census Bureau projections that "America's population growth will increasingly depend on immigrants," reports NPR.  The U.S. fertility rate fell from 3.7 to 1.8 from 1960 to 2016, according to Worldbank indicators.

Replacement rate levels require "an average of 2.1 children per woman." The world average now is 2.5, according to the International Union for the Scientific Study of Population.

"Charles Darwin recognized that survival is about adaptation to changing environments, a quality that is as imperative for businesses as it is for species. Aging is the "next frontier," says Paul Irving of the Milken Institute for the Future of Aging.

The shift, accelerated by declining global birth rates, longer life expectancies, changes in retirement benefits, and aging baby boomers continuing to work,  is shaping a "dynamic emerging market and human capital resource." Older workers are a "talent pool that can power the businesses and enhance the communities of the future." As "markets evolve to meet their needs and aspirations, opportunities abound," says Irving.

“As much as we like to talk about millennials, the future of work is much older,” said Roy Bahat, co-chair of The Shift Commission on Work, Workers and Technology. By 2024, "nearly one-quarter of the workforce is projected to be 55 or older — more than double the share in 1994," reports Forbes.

Today's "multigenerational active society" has outgrown the "social contract" of the past when people retired at 65.  Globally, there is a  "struggle to manage the unstoppable demographic shift" in which "wealth creation, global competitiveness, economic growth, and the sustainability of political systems depend as much on capturing the power of a nation’s over 65 population as any other factor on the global agenda," says David Ryan, Intel Corporation.

MIT AgeLab is researching ways "to help organizations shape their talent and business strategies for an era of longevity." The AgeLab uses "consumer centered" thinking to "catalyze innovation across business markets," reported by Deloitte Insights.

"Proactive organizations are tapping into the older talent pool by extending their career models, creating new development paths, and inventing roles to accommodate workers in their 50s, 60s, and 70s,"  reports Deloitte. "This allows older workers to 'pass the baton' to younger generations, while making room for ambitious younger workers."

The term "silver tsunami" is widely used to describe the shift as about 10,000 baby boomers are said to leave the work force every day. As they retire, millennials enter the workforce. The result: a "skills gap that will force companies to consider alternatives for training and development." Knowledge sharing; mentoring; customized, targeted learning; tiered retirement plans; and facilitating intergenerational interaction "can build long-term knowledge across the board," reports RiseSmart.

Not all  ready for the shift, according to Deloitte's 2018 Global Human Capital Trend report.  "Findings and anecdotal observations" point to a "significant hidden problem of age bias in the workforce today."  "Unaddressed," it could hurt "brand and social capital."  Organizations that don't adapt "risk falling behind those organizations that succeed in turning longevity into a competitive advantage."

Although "negative attitudes pervade" about older workers, increasingly, more employers are "hiring, retaining and supporting workers over 50."  Lee Spring, a Brooklyn coil-manufacturing firm, is among over a dozen businesses and nonprofits in New York City receiving the Age Smart Employer Awards through Columbia University's Mailman School of Public Health.  The program works to embrace a "multigenerational workplace," align the city's products and services with the "booming older adult consumer market," and promote "age-smart practices,"  reported by the The New York Times.

The biggest stereotype about older workers is that "they're not tech-savvy, and can't learn new things." "Not true," says Dr. Neil Charness,  director of the Institute for Successful Longevity. "Although aging brains might take a little longer to learn new tech skills, 'they can still do it.'” Many find second careers in which "technology is a common thread,"  "drawing from their backgrounds and experience to flourish in rapidly changing industries," reports The New York Times.