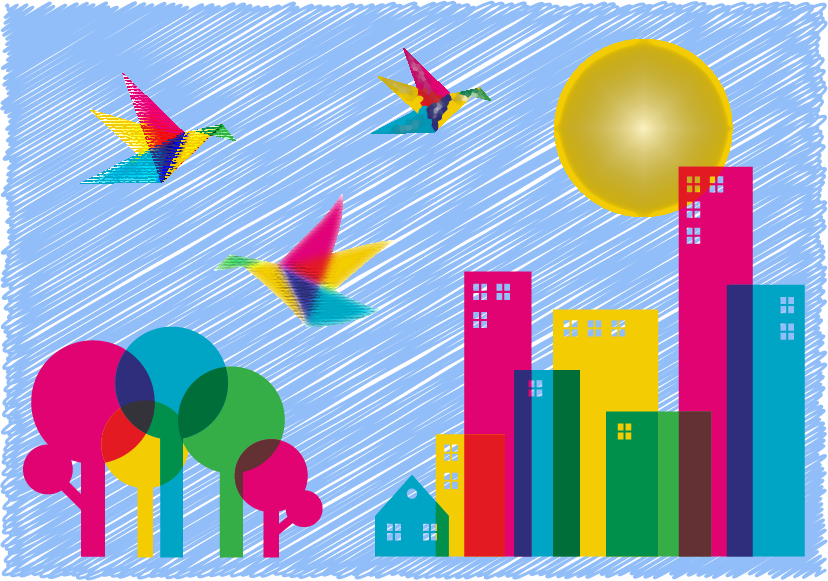 In the stillness of the COVID-19 lockdown, birds delight.

Fitzpatrick said, "'birds do respond to human anthropogenic noise by reducing their own songs, in some cases actually changing the frequency of their songs.

And so it's a safe bet that in the much-reduced... noise sphere that they're experiencing right now, they're probably out there filling it up a little bit more than they would have otherwise,'" wionews reported.

In Paris and Wuhan, some surprised to hear them singing for the first time in years.

According to Romain Julliard, head of research at the French Natural History Museum, as cities shut down, birds that "normally live in urban parks" are "more likely" go beyond "usual territories," and with "reduced traffic noise we can hear them better," said Jerome Sueur, a professor at the museum, The Japan Times reported.

Some “stop singing when there is noise, so now they are letting themselves go,” Sueur said.

NPR's Eleanor Beardsley "observed for the the first time in years, birds singing throughout Paris."

"...what really blew my mind is I'm sitting by the Seine River right now on a sunny evening, and I just heard a river bird - like, egrets on poles and stuff...Is that not wild? I have never heard that before," she told capradio.org.

The Atlantic reported that "48 days into" the quarantine, a Wuhan resident was surprised to hear birdsong in the city.

"'I used to think there weren’t really birds in Wuhan, because you rarely saw them and never heard them. I now know they were just muted and crowded out by the traffic and people.'”

"'All day long now I hear birds singing. It stops me in my tracks to hear the sound of their wings.'"

As we retreat, "native birds are venturing" further into city centers. In Wellington, NZ, fantails were seen in the abandoned Lambton Quay, and a New Zealand falcon was spotted around the entrance of Zealandia, stuff.co.nz. reported.

"Around a dozen" peacocks wandered out of a nearby forest in Mumbai looking for food. "One even delighting people with a dance," Conde Nast Traveller reported.

They are "no longer content to simply stay along the Seine river, they now wander the quiet streets of Paris," and have been sighted "near the Comédie Française theater."

Identify your first bird with this free app.

Developed using AI, Merlin can identify thousands of birds from photographs or from answers to five simple questions. It includes over 6,000 birds, covering the Americas, Europe, Asia and Australia.

"'Merlin lists the likely birds based on what's been reported in your area at the time.'"

Take a birdsong audio walk with these free tracks.

“'You can hear into the distance, because normally a lot of the detail and subtle sounds – and that includes birdsong, of course – gets lost amidst a mush of traffic noise particularly in urban areas.'"

To help everyone stuck at home he partnered with walking charity, Paths for All, to make two free tracks available that will help listeners "'close their eyes and take an 'audio walk.'"