Ambient computing is anticipated to make technology fade into the background, quietly tracking metrics to derive needs, intent, and offer the promise of better living.

Technologists and futurists anticipate that in the coming decade our interactions with devices will be ambient, pervasive and ubiquitous, as the IoT proliferate and evolve from gathering and delivering data, to using it intelligently to sense our presence at home, work and in public so they can "deliver personalized services automatically in anticipation" of our needs, IoT for all wrote.

Making it all work with less effort.

It's true that computers have become easier to use, but they have been "too unnatural, an add-on to life, for 40 years." Ambient technology "has the promise to change that," wrote veteran tech journalist Walt Mossberg, The Verge.

AI; machine learning; augmented and virtual reality; robotics; drones; smart homes; self-driving cars; digital health and wearables are the "new major building blocks of the future" that will make all the tech "fade into the background," ready to be activated by voice command, motion, changes in blood chemistry, shifts in temperature.

Fast Company wrote "it's one of the tectonic transformations in the human/computer user interface."

We will be interacting with "embedded, connected computers and sensors that vanish" and "feed AI that acts in a very individually tailored way on our behalf for our comfort, convenience, and safety."

Ambient computing is the "culmination and interweaving of lots of emerging technologies" like AI, IoT and voice. It takes the IoT "to its most extreme logical conclusion" by removing "the physical barrier" between the users and their goals, Techworld wrote.

It will be"unobtrusive and often invisible...embedded into everyday objects such as furniture, clothes, vehicles, roads and smart materials," IGI Global wrote.

Technology recast as ambient music, always on, measuring every metric.

Always on. It will be powered by an "intelligent computing platform based on the billions of devices that are part of the IoT, " Windows Central wrote.

The vision recasts technology as "ambient music - a comforting background noise that pervades and subtly moulds our environment," seamlessly "melding" technology with the physical world, measuring "every metric - from both ourselves and our environments" to adjust the optimal output of our surroundings," Techworld.

IoT devices like smartphones, smart appliances, smart home hubs and speakers, and wearables are already "an 'invisible' and supportive backdrop to our daily lives," Windows Central.

There will more than "26 billion IoT units worldwide" by 2020. "Ambient applications will generate more than 8 billion downloads in applications such as personal assistants, social communication, health and fitness, augmented reality and local search," Forbes wrote.

Application areas for ambient intelligence include personal care and safety; smart transport, cities, homes, work places, schools and public spaces, according to the Journal of Ambient Intelligence and Smart Environments.

Today's ambient and AI applications "are more a vision of the future than a commonplace reality." Smart speakers, smart thermostats and chat bots are "merely hinting at what is coming in the not-too-distant future," Venture Beat wrote.

Customers expect curated CX. Bots are "making giant strides" by using AI "to predict intent" so they can derive what a customer needs by applying known data to the "current context or inquiry" in order to improve customer experience, Venture Beat.

The pace of population aging is increasing faster than ever, and this demographic wants to live at home and be independent. This has the potential to provide "ambient-assisted-living systems," according to the Journal of Ambient Intelligence and Smart Environments.

The Fit-bit Alta AR is an "early example," of ambient's potential to "offer the promise of better living," through ambient care and safety, but "likely just the beginning." Possibilities include an alarm that points out poor diet choices based on what's in your fridge, the restaurants you visited and your level of activity. "A digital health coach," Venture Beat.

According to Fast Company, it will "almost certainly" first be used in cars because it's seen as having potential to save lives from accident-related deaths, even leading to regulation in Europe, where beginning in 2022, cars will use "emotion and activity detection, combined with AI" to "detect drowsiness, attention, and distraction." Plus, the driver is a "captive audience," with a seatbelt around them and facing a dashboard, providing opportunities for biometric data.

the "larger vision is to move beyond mobile into 'ambient computing'...so many things are becoming computers that we think the users should be able to seamlessly get help wherever they need it from a variety of different devices.”

It would appear that "Google products are forming an ecosystem," where Pixels, Nest products and Chrome books "all work better together than they do apart."

Dave Limp, Amazon's senior SVP of devices told The Verge, they are building a foundation for an ambient platform, focusing on

"building out tools and APIs" for third party developers to "get as many devices to use Alexa as possible."

Before it can fully be realized, there has to be data interoperability and a set of common technology standards, Techworld.

Security and privacy problems will "not be trivial," particularly in public spaces in urban environments, where "different properties and permissions might overlap due to undefined boundaries between them." People will need to know they're being monitored, what information is being collected about them, in which context, and given the option to opt in or opt out, according to the Journal of Ambient Intelligence and Smart Environments.

Americans see data privacy and security as a top priority. There will likely be increased surveillance in private and public, and a "general loss" of privacy that may feel "invasive." So, "eternal vigilance" will be necessary, Venture Beat

An increasing number of older Americans are using smart speakers for everyday help. They are beginning to see them as companions and electronic relatives, but they are also more concerned about privacy and security than any other demographic.

If ambient tech is built into our lives "we need to subject it to the digital equivalent of enforceable building codes and auto safety standards," The Verge.

AI accountability will be more important than ever. According to Meredith Whittaker, co-founder of AI ethics institute, AI Now, "we have a short window in which to act, to build in real guardrails for these systems, before AI is built into our infrastructure and it's too late," Medium.

What is curated CX? 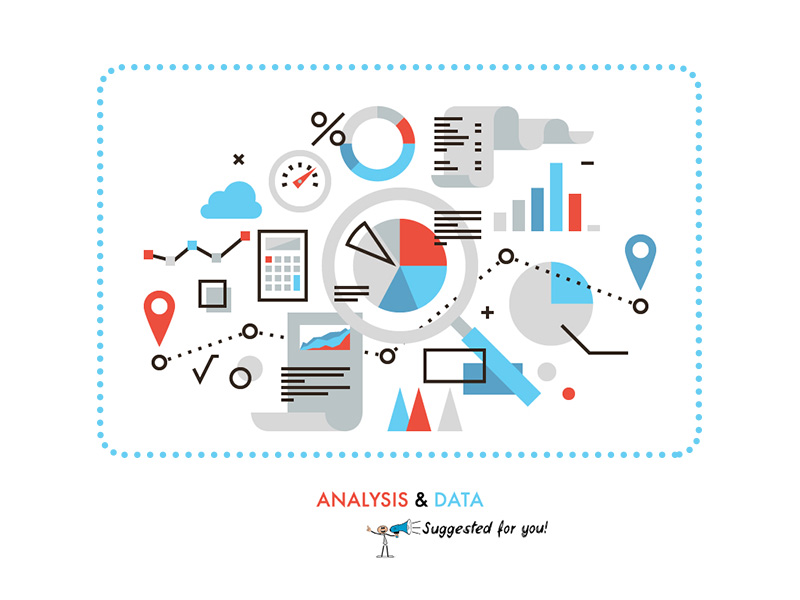